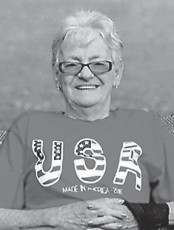 Inez Gross, 73, died February 6 at her home in Jenkins.

A daughter of the late Jasper and Becky Jane Fields Miles, she was the widow of Jesse Gross.

She was a sister of the late Avery Miles, Hattie Mae Crawford, Brenda Bailey, and Lula Donelly, and was also preceded in death by a cousin, Dempsey Miles, and a nephew, Danny Gross.

Funeral services for Mrs. Gross were held February 9 at the Letcher Funeral Home in Whitesburg. Burial was in Green Acres Cemetery at Ermine.