Inmate able to escape during trip to hospital 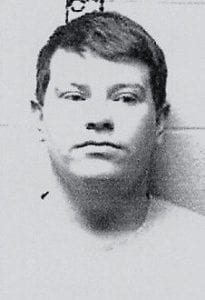 A Letcher County Jail prisoner escaped custody last week during a trip to the Whitesburg hospital.

Jeremy Franks, 27, of Cumberland, was able to escape after being taken to the hospital for treatment of what Franks said was severe pain in his side and back.

Jailer Don McCall said that during the trip to the hospital on July 25, Franks was able to overpower Deputy Jailer Mark Napier and take control of a jail vehicle. He said Franks forced Napier out of the vehicle before taking control of the car and driving away from the scene.

The vehicle was found later that night, abandoned on Little Shepherd Trail near Cumberland.

The next morning, Kentucky State Police found Franks hiding in his girlfriend’s closet at her apartment at the Cumberland Manor.

McCall said security has been tightened for Franks, who was charged with first-degree escape.

“We are taking a lot of extra precautions when we deal with him now,” said McCall.