Inmate back in jail 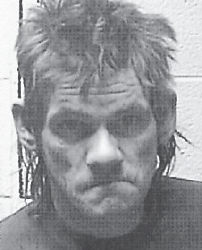 A Letcher County Jail inmate is back behind bars after escaping from a work detail Monday afternoon.

Deputy Jailer Charles Fernandez found Jamie Marcum, 38, of 652 Main Street, Neon, at a trailer in Haymond around 1:30 p.m. on Tuesday.

Police said Marcum ran toward a wooded area around noon on March 17.

“(The inmates) were picking up trash in the Dunham area when he ran off,” said Letcher County Jailer Don McCall.

Marcum was arrested January 31 and was charged with driving under the influence and no operator’s license. He was serving a sixth-month sentence.

The second-degree escape count Marcum was charged with on March 18 carries a sentence of one to five years in prison.