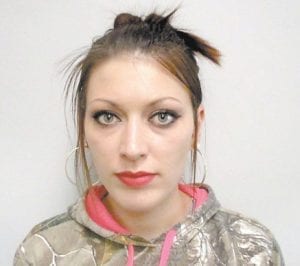 A state inmate in the Letcher County Jail has been charged with trafficking in methamphetamine and other charges after jailers say they caught her with more than 2 grams of the drug inside the jail.

Randee Phillips, 22, was serving a year after being convicted of first-degree possession of a controlled substance on August 3, 2015, in Jefferson County, and a five-year sentence for first-degree promoting contraband for smuggling drugs into the Letcher County Jail in June 2016.

Phillips was convicted of the smuggling charge in November, but wasn’t convicted of the original possession charge until February 16, nine days after the Kentucky State Parole Board held a hearing and recommended she be paroled on April 1.

Deputy Jailer Brian Slone said Phillips was found over the weekend with more than 2 grams of meth, and now faces more charges.

Slone said more charges could be filed against another inmate. The investigation is pending.