Is it winter or spring? 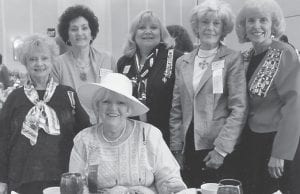 Once again I wonder is it winter or spring? Well, at least no more of that beautiful white fluffy stuff called snow.

This time of year it is so beautiful in this area and I am welcoming spring with arms opened wide. If only it would warm up and stay that way as it is sort of chilly and there’s a frost this morning.

I am still reveling in the fact that I was in the mountains of eastern Kentucky last weekend, that place I am so proud to call home.

I believe someone slipped me a chug of that good old Mountain Dew, or some of that loco weed that I have heard about!

Or it could possibly be that I had a good dose of that fresh mountain air and sunshine instead of moonshine.

I will say one thing without mentioning the name of a couple of business places, that I have never come in contact with such rude people to work in public places as I did on this trip to Whitesburg.

It is a good thing I have learned a little self-control. I also remember that before I left the mountains as a young girl, someone had a little less hair because I pulled it out by the hand full as someone gave me a rough way to go very early in the morning, and the night before we had the worst service while out getting a bite to eat.

Oh well, I guess down home has caught up with the rest of the world.

It was such a glorious time at Campbell’s Branch seeing 7 South bluegrass band plus The Garbage Can Band. I really hope to see these two bands again someday.

Friday morning I decided to take a trip to Pikeville as my sister Loretta Church was in Pikeville Medical Hospital. It was Hillbilly Days so I decided to combine the two.

Of course I got up feeling bad, but decided to make the trip anyway.

It was cold and nasty, yet the trip was nice and the scenery still beautiful. I found out that my cousin Jack Adams had canceled their show at Hillbilly Days because of the rain.

It was predicted to frost and be rather cold on Saturday, so I decided to drive back to Harrison.

I arrived back home close to 10 p.m. I came back 23 North through Ashland, and AA Highway. The only thing that bothered me is I had no cell phone service. I tried to call someone for directions as I wasn’t sure exactly sure what I was doing, which half the time I don’t know that anyway. I know one thing, before I go on a long adventure anymore I will get my CD player fixed in my car.

While in Pikeville, I pulled off a branch of wisteria vine that grows wild. Now if it will only grow for me.

Once again I am trying to transplant Kentucky in Ohio.

Now if I can somehow live long enough to be fortunate to get a mountain laurel to bring back here to plant. I have a mimosa and did have a pawpaw tree until they froze out on me.

Les and Pat Wagner along with Larry and Becky Hasty spent a few days in Pine Creek, or up a creek close to Mayking.

I had the pleasure of talking to Glenora Eldridge on the telephone, and when I talk to her or Ann Calihan I always end up feeling so good as we are laughing so much.

Glenora’s brother Jerry Bryant spent the weekend with her and her husband Kenneth. Her brother Bob Bryant and his wife Dorothy go to visit Kenneth and Glenora every so often.

I know the day will come soon when I am unable to drive and do the things that I am so used to doing, so that is why I am going to do and go as much as possible.

It is wonderful to have someone to travel with occasionally, most importantly I am very thankful I am capable of going and doing for myself.

Sunday afternoon, it is with a heavy heart that I will try to finish this column as my sister Loretta Church died at Whitesburg hospital shortly after arriving at Letcher Manor.

I have lost two brothers and my only sister in less than two years, and now I know exactly how Glenora Eldridge is feeling.

I am so thankful I did go to Pikeville to spend a little while with Loretta.

I am so sorry I can’t finish this column. I don’t know of any arrangements except Letcher Manor is in charge. Please check there.

Please give that extra hug to someone you love and tell them, and most of all show them you love them.