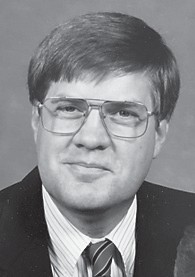 Isaac “Ike” Clyde Crase, 75, of Ames, Iowa died at Bethany Life in Story City on Nov. 3. He had been diagnosed in 2010 with inclusion-body myositis, an autoimmune disorder, and ultimately succumbed to its muscle deteriorating effects.

Born in Roxana to Ida and Ted Crase, both schoolteachers, he attended various one-room primary schools in Letcher County, often taught by his parents. He spent two years at Whitesburg High School before transferring to Cumberland High School in Harlan County, where he excelled academically and was on the basketball team, earning all-district honors.

Mr. Crase was graduated as valedictorian from Cumberland High School and attended Berea College. He spent his Berea summers harvesting peas in Mendota, Ill., a difficult and grueling job that gave him an appreciation for the labor of migrant workers and a lifetime of stories. Berea was also where he met and fell in love with Sedahlia Jasper.

He worked as a systems analyst for the State of Iowa comptroller in the mid-1970s and at Sundstrand Hydro-Transmissions (now Danfoss) during the late ‘70s and most of the next 25 years. He left Sundstrand for a couple of years to try his hand as a stock broker, but despite enjoying investing, sales was not to his liking, so he returned to Sundstrand. In the last decade of his career, he was a systems engineer at Engineering Animation (now Siemens). He periodically taught mathematics as an adjunct instructor at various colleges in Iowa. He retired in 2009 to several years of travel all over the world with Friendship Force International and other groups.

Mr. Crase was an avid lover of all sports, and had a close place in his heart for the Kentucky Wildcats basketball team. Growing up, he excelled at basketball, and in his adult life he competed in regional racquetball tournaments. Later in life, he picked up tennis and golf.

A Celebration of Life was held Nov. 9 at Collegiate Presbyterian Church in Ames.

In lieu of flowers, the gift of a donation may be made in his memory to his alma mater, Berea College, Berea KY 40404 (give.berea.edu/ donate).