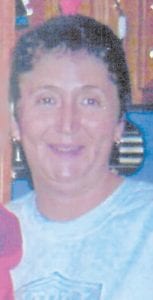 Funeral services were held Saturday for an Isom woman who died of injuries suffered in a car wreck.

Lisa Mae Gibson, 44, died Feb. 8 at Holston Valley Medical Center in Kingsport, Tenn., four days after she was injured in an accident on KY Highway 7.

Kentucky State Police say the wreck occurred Feb. 4 when Gibson lost control of her vehicle, crossed the centerline and struck a vehicle operated by Claude Eldridge.

Police say the impact of the collision caused Gibson to be ejected from her vehicle. She was taken to the Whitesburg hospital for treatment and transferred to Holston Valley. She was not wearing a seat belt at the time of the wreck, police said.

Services for Gibson were held Feb. 11 at Letcher Funeral Home in Whitesburg. Burial was in the Niece Cemetery in Colson.