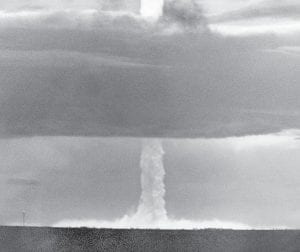 IN 1956 — The stem of the hydrogen bomb, first such nuclear device dropped from a U.S. aircraft, moved upward through a heavy cloud and comes through the top of the cloud, after the bomb was detonated over Namu Island in the Bikini Atoll, Marshall Islands on May 21, 1956 (U.S. time). This photo was taken from aboard the USS Mt. McKinley, observer vessel about 36 miles from the blast site. (AP Photo) 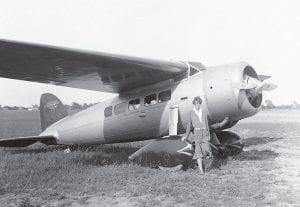 At left, U.S. pilot Amelia Earhart was photographed in Londonderry, Ireland, standing by the monoplane in which she had just become the first women to ever complete a solo flight across the Atlantic (May 21, 1932). The date was exactly five years after a large crowd (right) greeted U.S. aviator Charles A. Lindbergh near Paris, France after Lindbergh completed the first nonstop transatlantic flight in 33 hours, 32 minutes. (AP Photos) 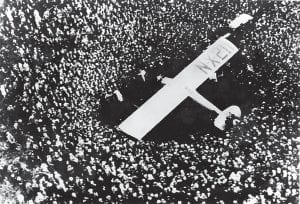