It’s been a good year for green beans 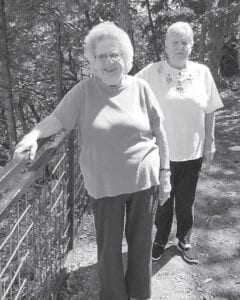 Well, I do believe we have canned more green beans than anybody in Letcher County this year. I have started stringing and breaking them up in my dreams now. We have over 100 quarts and still getting green beans on the vines. We might have to do like we did when I was growing up and eat them at every suppertime meal. No matter what else we had, we had green beans on the table, too.

Good to see Kevin Day’s post on Facebook about coming back to work on Aug. 25. The Work Day Wake Up show just doesn’t seem the same without his and LKD’s voices on there in the mornings. They were truly missed and I hope and pray Kevin’s health continues to improve. I used to catch them in the mornings when I drove the grandkids to school and then went on to the rec center for our Senior Citizen get-togethers. Oh my, how I miss that routine. I’m beginning to think it will never be the same. Many of the seniors drive to the rec center now and pick up their lunch that is given out from there. At least that’s one service they can still count on for the time being. 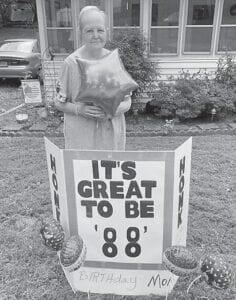 The other day my youngest granddaughter, Story Eliza, came to our house wearing a pair of winter boots. I immediately asked her if she needed a pair of shoes and that made me think of how hard it was for my daddy to afford to buy five children pairs of shoes. Just think of how fast children’s feet grow, now multiply that times five. Well, we didn’t get excited one bit about having to have a new pair of shoes, because all of Charlene’s, the oldest one, got passed right on down to me, then on down until they were so worn out they couldn’t be resoled anymore by Back’s Shoe Shop on Sandlick. Most of the time these were what we called Girl Scout Shoes. I have no idea if they really were Girl Scout Shoes or not, but that’s the only thing I had ever heard them called. They were always a taupe like color and they were all made alike. When it was time for us to get a new pair of shoes, Daddy would make us take our foot and place it on a piece of what Mommy called “stiff paper” and they would trace our foot. Then he would go to Tony’s Shoe Store in Whitesburg and place that traced foot down in a shoe and bring back a pair of slightly used Girl Scout Shoes. I was way up in years before I finally got to see the inside of that shoe store. 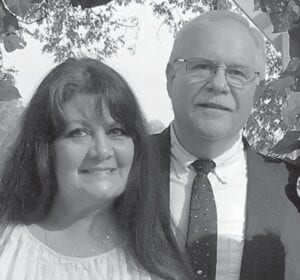 Then one year when I was in grade school at Colson, they bused everybody to the Whitesburg High School gymnasium and the whole gym floor was laid out with rows of the prettiest shoes I had ever seen. They called our names and let us actually choose a pair of shoes from the floor. I was in hog heaven. I can’t remember what my shoes looked like, but you can bet they weren’t Girl Scout Shoes.

This week I think there were more anniversaries posted on Facebook than there were birthdays. There was: Don and Robin Gibson McHone on the 31st of August, Ron and Debbie Miles Lester on the 4th, Joe and Miranda Bentley on the 2nd, Dan and S.J. Brennan also on the 2nd, Roger and Cilla Fields on the 2nd, Will and Sheila Hall Connelly celebrated 32 years of marriage on the 3rd, Jason and Marsha Holcomb on the 1st, and Ray and Wanda Begley on the 3rd. Birthdays were: Bonnie Warf Kincer on the 3rd, Pam Sexton Taylor and Gary Hall on the 2nd, Katie Lynn Combs and Nancy Spencer Ratliff on the 4th, Jenny Lynn Craft on the 6th and last but not least Gertrude Brown Maggard turned 88 on the 1st. 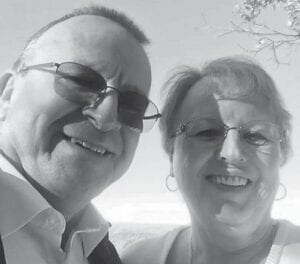 One of my good friends, Sara Forbes, really needs our prayers. Her son Corey came home from Alice Lloyd College last week with the COVID-19 virus and is now starting to recover, but the rest of the family is requesting our prayers for their health.

Also, one of my former coworkers from LKLP Headstart, June Collier, is sick again. She has been in the hospital and they are concerned over the circulation in two of her toes. June is one of the hardest working women I have ever known. She has fostered and adopted so many children over the years. Please keep her in your prayers. 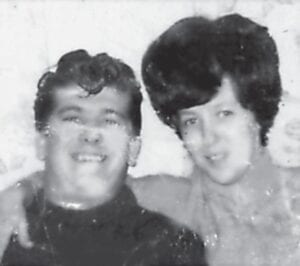 Also remember one of our church members at Letcher Independent Baptist, Leon Blair, who has been very sick the last two months. Never forget our pastor, Bill Jones, and his family in all they are going through with their court dates. Also, remember Bill and June Craft.

Hopefully it won’t be long before I can end with Oma’s plea reminding you to attend church.