Ivan Back always talked with a smile 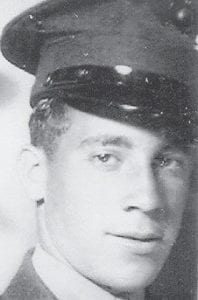 One of 13 children, he lived the first half of his life in Millstone. In 1941 he volunteered for the Marines and saw vicious combat in Saipan, Tinnian, and Guatalcanal. He was seriously wounded and contracted dengue fever and malaria, which would haunt him for years. Being a staff sergeant, he was recalled during the Korean War.

Unlike most of us who saw that level of violence, he didn’t let it wreck his personality. He was the kindest and gentlest person I have ever known. He never said anything bad about anyone, and I never heard anyone say anything bad about him. He always talked with a smile, much like his father, Kelly Back, who he came to resemble as he grew older.

He was married to Georgene Evans for 59 1/2 years and the love he had for her showed in the home he built her. I remember it having spiraling stairways, beautiful floors and woodwork, a gorgeous mountain view from large picture windows, and even a swimming pool. A home like that was rare 50 years ago.

Like many, he went north to find work when the mine closed down. He left here in a 1962 Edsel and his grandson, Jason Wilson, still drives that car today.

He was the kind of person I wish I could be. The world would be a better place if more people were like him.

He was buried near his only daughter, Barbra, in Michigan City, Ind. He will be missed badly.