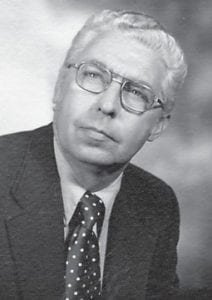 Jack Glenn Frazier, 87, died February 13 at his home in Crestwood.

Born at Premium, he was a son of the late Arlie and Alberta Collins Frazier and the father of the late John Wakefield Frazier.

He was a Army Air Corps veteran of World War II.

Funeral services were held February 16 at Covenant United Methodist Church in Lagrange. Burial was in at Mt. Tabor Cemetery in Centerfield.