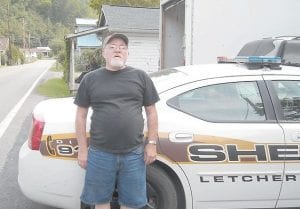 A Jackhorn man was arrested at his residence Tuesday evening on a drug-related charge.

Lawson Sexton, 67, of 2942 Highway 317, was charged with second degree trafficking of the controlled substance, hydrocodone.

Sgt. Brian Damron of the Letcher County Sheriff’s Department said Sexton will be charged with possession of drug paraphernalia and third-degree possession of a controlled substance.

Damron said the sheriff’s department has received several complaints of drug trafficking in and around the Jackhorn area and said the arrest of Sexton is the first of several to be made.

“The sheriff is working diligently to address the drug complaints he receives,” said Damron.

Anyone with information about drug trafficking in their area is urged to call the sheriff’s department at 633-2293.