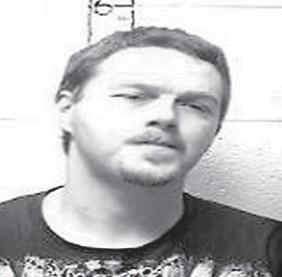 Police are still looking for a Letcher County inmate who escaped during work release last week.

John Paul Wells, 31, of Deane, and two other inmates had been clearing brush on April 2 when a deputy jailer stopped at Frazier’s Farmers Supply to drop off a chainsaw that needed sharpening.

While the deputy was inside the store, Wells jumped out of the jail van and ran across a busy Highway 15, said Letcher County Jailer Don McCall.

“You can’t really take them in a store,” said McCall. “You can’t run away from the group to catch one.”

Wells ran down the middle of the road located between Parkway Pharmacy and Whitaker Bank. He was spotted running behind Mountain Comprehensive Health Corporation’s Whitesburg Medical Clinic.

Wells, who was wearing a gray shirt and jeans, was a blur as he ran past, one eyewitness said.

Wells, who was originally charged with receiving stolen property, was in jail for a parole violation. He is scheduled to be released from jail in two years. With the work release Wells had been doing, McCall said, Wells most likely would have been released sooner.

“I have seen them run with less than two weeks left,” said McCall. “You can’t think like they can. It’s going to happen in this kind of work.”

McCall said police have searched for Wells and have questioned his family members and friends.

Wells faces escape charges when arrested. Anyone knowing of whereabouts of Wells is asked to call the Letcher County Sheriff ’s Department at 633-2293, Kentucky State Police at 606-435- 6069 or the Letcher County Jail at 633-5163.