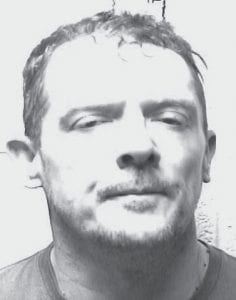 A 35- yearold McRoberts man has been charged with first-degree trafficking in a controlled substance while in the Letcher County Jail.

Curtis Wayne Anderson, of 50 Lonesome Dove Drive, McRoberts, is charged with trafficking in methamphetamine, first-degree possession of a controlled substance, tampering with physical evidence, and first-degree promoting contraband after he was allegedly caught on video passing methamphetamine to another inmate.

According to citations issued in the case, the incident occurred about 5:30 p.m. Monday when jail employees watching a video monitor saw the exchange take place, and then saw Anderson attempt to hide the meth in his rectum.

The two were arrested about 15 minutes later.

Meanwhile, Slone expects that more criminal charges related to methamphetamine will be filed after he receives the results of drug tests performed on 10 jail inmates Saturday afternoon.

The drug tests were taken at the Whitesburg hospital around 4 p.m. on April 20 after jail deputies noticed “suspicious behavior” taking place inside a holding cell that was being monitored with the jail’s new video surveillance system.

The behavior seen on the monitor led to jail staff administering the jail’s own drug tests to the inmates. After one test came out positive, Slone obtained search warrants on all 10 of the inmates and began transporting them to the Whitesburg ARH for more extensive testing.

During the trip to the hospital, said Slone, one of the inmates tried to hide about a gram of meth in the back of a jail vehicle.

“Somebody attempted to get rid of meth in the back of the car,” an exasperated Slone said Tuesday morning. “It was about a gram, but they’d been snorting on it for two days already.”

Slone believes the gram of meth discovered in the jail car was also brought into the jail by a prisoner.

“I think it came in up somebody’s rectum,” Slone said.