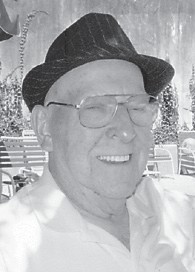 Born June 14, 1935 to the late Jake King Sr. and Clementine King of Cromona, he was the widower of Bertha Baker King, and later married Linda King, who survives him.

Mr. King was a member of the Haymond Baptist Church where he had served as a deacon and Sunday School teacher for several years.

He was a teacher in the Letcher County School System for seven years, then was a social worker for the State of Kentucky for 32 years.

Surviving in addition to his wife are two brothers, Curtis King of Isom and John King of Cromona; a sis- ter, Esther Wright of Payne Gap; and two sons, Stevie King and wife Lisa and their children Jay D. King and wife Robin, Carly King, Jessica Wright and Evan, Elaina Stamper and husband Sam, and Harper Q., and son Andy King and his family, Hannah King and Josh, and her children, Brianna King Harrison and Isabella King Halcomb.