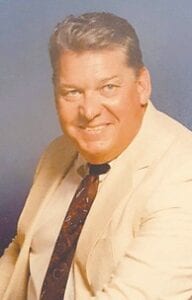 A son of the late Frank Cornett and former Mountain Eagle correspondent Thelma Nolan Cornett, he was preceded in death by his sister, Geneva Cornett Ison, of Charlestown, Ind., and his daughter, Myra Cornett Barry, of LaFollette, Tenn.

Mr. Cornett had many different nicknames, J.G., Jim, and Jay. He retired after working for General Motors in Pontiac, Mich., for 28 years. He was the owner of Liberty Real Estate in Pontiac, Mich. In his retirement, he completed an engineering degree and was also part of the team that built the body shop in Fort Wayne, IN for the T800 Truck.

His family will memorialize him privately.