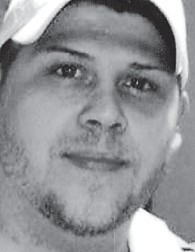 A son of Margaret Rudd of Whitesburg and the late Donald Lynn Rudd, and James and Shelia Maggard of Elk Creek, he was preceded in death by his grandparents, Don and Loraine Rudd and Bill and Helen Maggard, and an uncle, Randy Rudd.

Mr. Rudd loved being outdoors, climbing mountains, horses and dogs, and coon hunting. He would travel miles to different states to pick up his next coon dog.

He worked many years in coalmines, then got a CDL License and started driving an 18-wheeler cross-country, often taking his mother along for the ride with him.

He was baptized on February 29, 1992 at Thornton Freewill Baptist Church.

Funeral services were held January 8 at Letcher Funeral Home. Burial was follow in the Thornton Cemetery.