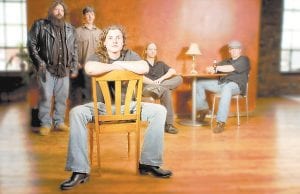 If you’re a fan of rock music, put this newspaper down for a few minutes, dial up YouTube on your computer, search for “Velvet Truckstop,” and watch the Southern rockers perform their scorching version of “Baby Don’t You Do It,” a song first made popular by Motown great Marvin Gaye in 1964.

After you finish watching the video, ask yourself if there’s any better way to spend a Saturday night in Letcher County than watching one of the South’s most exciting new bands perform in person.

Velvet Truckstop will be making its first-ever appearance in eastern Kentucky on Saturday when they perform at Summit City in Whitesburg. Admission is $8.

The show comes just one night after the return to Summit City of one of the South’s most revered bands, Jason Isbell and the 400 Unit of Muscle Shoals, Alabama.

Isbell was a member of the Drive-by Truckers between 2003 and 2007, a period during which the band released three successful albums, including Decoration Day in 2003 and The Dirty South a year later. 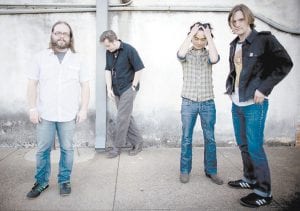 Isbell still performs “Never Gonna Change,” “Danko/Manuel,” “Outfit” and other signature tunes he wrote while with the Truckers, as well as “Chicago Promenade,” “No Choice In the Matter,” and other tasteful selections from his two acclaimed solo releases, Sirens of the Ditch (2007) and Jason Isbell and The 400 Unit (2009).

The 400 Unit consists of Browan Lollar on guitar, Derry DeBorja (formerly of Son Volt) on keyboards, and Jimbo Hart on bass. Admission to Friday night’s show is $22.

Velvet Truckstop hails from Black Mountain, N.C., a small town near Asheville, and is considered one of the region’s finest bands. Their live version of “Baby Don’t You Do It” that can be seen on YouTube is the adaptation of the Gaye classic (written by the Motown team of Holland- Dozier-Holland) popularized in the early 1970s by The Band, with whom their music has been compared.

“With their lofty electric blues, driving southern rock jams and echoes of The Band and Wilco, they gave me, and several others, the will to dance down the last hours until closing time,” Sarah Hagerman wrote on JamBase. com about Velvet Truckstop’s performance during the South by Southwest Festival (SXSW) in Austin, Texas in March. “Readers, you need to get acquainted with Velvet Truckstop. These cats are cut from some genuine cloth, the kind of band that pulls you through the rough times and sends you out into the night with a romping ‘Hallelujah!’”

Other reviewers also approve glowingly of the musical menu off ered by Velvet Truckstop.

“Velvet Truckstop is winning hearts, minds and ears with their no-nonsense approach to down home rock and roll,” wrote Don Talley of the Asheville Music Scene.

For the latest on Jason Isbell and The 400 Unit, visit www.jasonisbell. com.

The week’s strong lineup of music at Summit City kicks off Thursday night with the appearance of Brett Ratliff and Sabra Guzman, a duo described in a Summit City release as “two knockout multi-faceted old-time honkytonker big timers.” Admission to that show is $5.

Person wishing more information on any of the Thursday, Friday or Saturday night shows many call 633-2715.