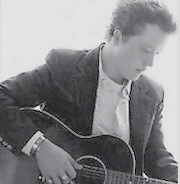 Jason Isbell, 28, was a key member of the Drive-By Truckers. He will perform at the Summit City Lounge in Whitesburg.

A limited number of tickets are now on sale for a concert in Whitesburg next month featuring Jason Isbell and his touring band, The 400 Unit.

Isbell, familiar to many as a guitarist, singer and songwriter with the critically-acclaimed Drive-By Truckers, is scheduled to perform at the Summit City Lounge on Main Street on Friday, September 28 at 8 p.m.

Since leaving the Drive-By Truckers in April, Isbell has released his debut solo album, Sirens Of The Ditch, which he co-produced with DBT’s Patterson Hood. Other members of the Truckers also perform on the album, which was recorded over the past four years at FAME Studios in Muscle Shoals (Aretha Franklin, Duane Allman, Otis Redding).

Isbell will arrive in Whitesburg for Mountain Heritage Festival weekend fresh from an appearance at the famed 40 Watt Club in Athens, Georgia.