Jenkins board votes against the rehiring of Supt. Mike Genton 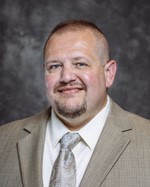 The Jenkins Independent Board of Education has declined to renew the contract of Superintendent Mike Genton, and will begin the process of hiring a new superintendent this summer.

In a closed session held at the end of its April 28 meeting, the Jenkins School Board declined to renew Genton’s contract. When members emerged from the session, they announced that they had voted to employ Board Attorney Tim Crawford to begin the process of conducting a search for a new superintendent.

Neither Genton nor the board gave a reason for the action.

The meeting was held in person, unlike the previous month’s meeting, which was held on line. The board has scheduled another meeting at 6:30 tonight (May 6) and says it will “enter into closed session for the purpose of conducting discussions which may lead to the appointment of an individual employee as permitted” under state school law. The board said that after the closed session it will again meet in public to “discuss and/or take any and all actions related to superintendent vacancy.”

Genton was hired in 2016 after serving as assistant superintendent at Trimble County in central Kentucky. He was awarded a $5,000 per year raise following the completion of his second year. Earlier in the meeting, Board Chair Sarah Brown announced the results of Superintendent Mike Genton’s Superintendent Evaluation. Genton was evaluated in seven areas and scored as accomplished in four and developing in three, with an overall rating of accomplished.

When contacted following the meeting, Brown said she wishes Mr. Genton well, and added that he has been an asset to the school, but that the board decided to pursue a different direction for the schools. Genton later told The Mountain Eagle he was proud of the work the Jenkins system had accomplished during the time he spent as superintendent.

“It’s been one of the greatest privileges of my life to lead Jenkins Independent Schools for four years,” Genton said. “I am very proud of the work we did and all the wonderful strides forward we have made. I wish continued success for JIS, the students, staff, administration, and Board.”

In other business, the board voted unanimously to approve the 2020-2021 School Calendar. The tentative opening date for the first day of classes is August 19, however Director of Pupil Personnel Rondall Baker said it is subject to a number of factors and could be changed.

The Board also learned it has been granted a waiver so it does not have to take charter school training unless a charter school applies to operate within the Jenkins Independent School District.

The School Nutrition Program has been feeding students seven days a week, and delivers more than 6,000 meals a week. Deliveries take place on Tuesday and Friday. Genton also said Non-Traditional Instruction Programs are going well and the district is experiencing a high rate of participation.