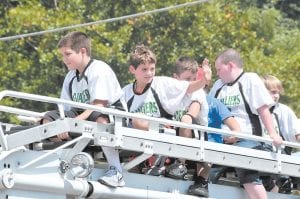 Beautiful weather, an appearance by Rock and Roll Hall of Famers The Coasters, and the dedication of a World War II memorial helped draw a large crowd to the event. 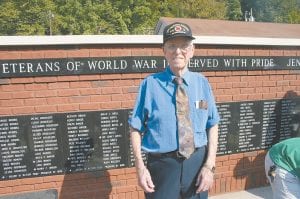 WORLD WAR II VET — Orlando Collins of Payne Gap was photographed standing in front of a World War II memorial built in honor of Collins and other veterans who served in the “People’s War” that was fought between 1939 and 1945 to stop the aggression of the armies of Germany and Japan. (Photo by Chuck Johnson) 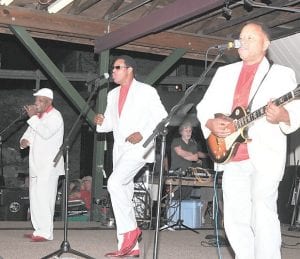 HEADLINERS — Helping to attract one of the largest crowds in recent memory to the festival’s Saturday night finale was an appearance by current touring edition of The Coasters, who had hits in the late Fifties and early Sixties with songs such as “Poison Ivy,” “Yakety Yak,” “Searchin’” and “Charlie Brown.” The group’s classic lineup are members of the second class to be inducted into the Rock and Roll Hall of Fame in 1987. 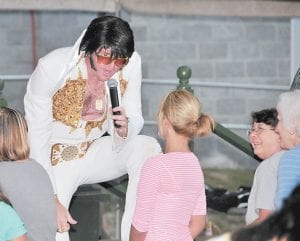 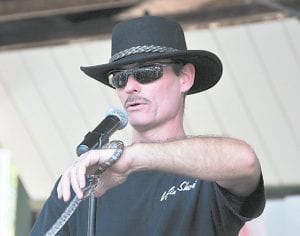 ‘SNAKE MAN’ ENTERTAINS — Verlin Short, also known as ‘The Snake Man of Appalachia,’ talked about the skills that led to his starring in a reality TV show. 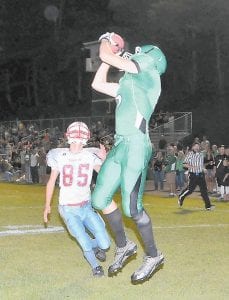 NO ORDINARY CATCH — Jenkins senior Koty Sexton went airborne to catch this touchdown pass during the Cavaliers 38-16 win over the visiting Allen Central Rebels on Friday night. The catch was made on the birthday of Sexton’s late father, Jeff Sexton. The younger Sexton said he had dedicated the game to his father’s honor. The game marked the Cavaliers’ second win of the young season in as many tries. 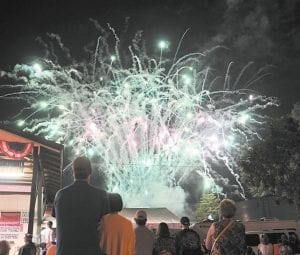 BLAST OFF — A beautiful fireworks display delighted the crowd gathered in the Jenkins Mini Park located near the foot of Pine Mountain and marked the end of the annual festival which is sponsored by the City of Jenkins and organized by a group of volunteers. 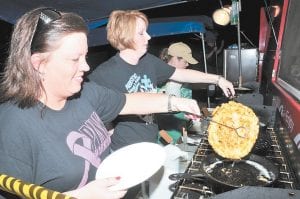 FESTIVAL TREAT — Funnel cakes prepared by members of the Burdine Freewill Baptist Church are a staple of the annual Jenkins Homecoming Days Celebration. 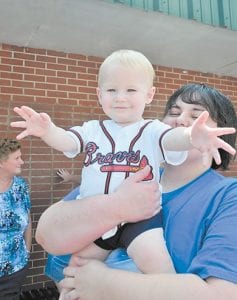 Christopher Anderson Jr. had a welcome smile and open arms for festival-goers.