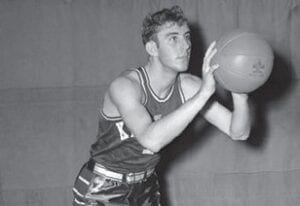 Milt Ticco was an All-American basketball player at the University of Kentucky and early professional in the National Basketball League.

Ticco played for Adolph Rupp at Kentucky from 1940 to 1943. Following a stint in the military during World War II, he played both professional basketball and baseball. In the NBL (a precursor to today’s National Basketball Association), Ticco played the 1946–47 NBL season with the Youngstown Bears and was named to the All-rookie second team. In his NBL second season, Ticco split time with the Flint Dow A.C.’s and Indianapolis Kautskys, finishing the season with the Sheboygan Red Skins. For his career, Ticco averaged 6 points per game in 60 contests.

Ticco played minor league baseball from 1946 to 1952 with the Cincinnati Reds and Brooklyn Dodgers organizations. 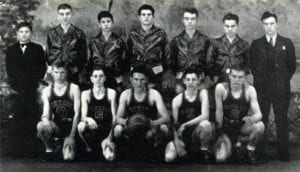