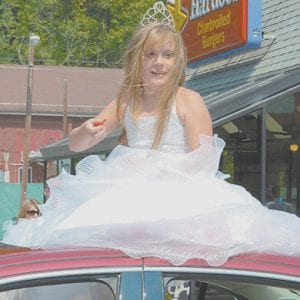 McKenzie Gibson of McRoberts rode through Saturday’s parade to display a crown she won for being named Little Miss Clintwood (Va.) recently.

The first-ever Jenkins Homecoming Festival was

held in downtown Jenkins this past weekend. The

after a performance by Benny Anderson, an original

member of the Fifties and Sixties band The Drifters,

and his band. Photographer Chris Anderson was

there snapping pictures for many of the events. 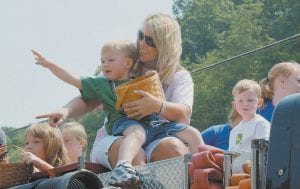 Jesse DePriest and his mother, Hope DePriest, were among a group of riding through Saturday’s parade on a fire truck and throwing candy to the parade watchers who were standing along the route.

Jenkins native Chuck Johnson (third from left) performed music as an opening act for original Drifter Benny Anderson (second from left) and his band which tours as The Drifters. 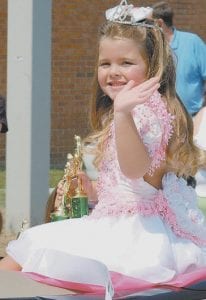 Brooklyn Bentley of Whitesburg was named most photogenic and overall most beautiful during a pageant held as part of the Jenkins Days Riverside Festival earlier this month. 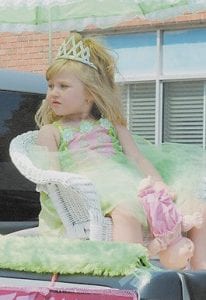 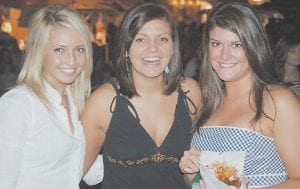 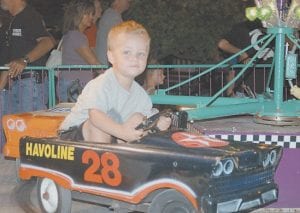 While NASCAR driver Carl Edwards was busy winning a Nextel Cup race in nearby Bristol, Tenn., on Saturday night young Seth McCall was having fun driving this racer on an amusement ride on the midway at the Jenkins Homecoming Festival. 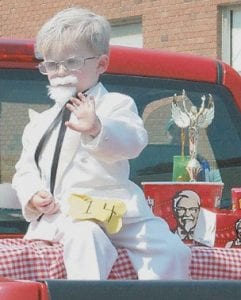 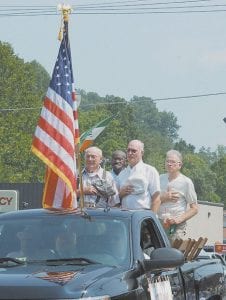 World War II veterans riding through the parade paused to pay tribute to fallen soldiers while Taps was being played. 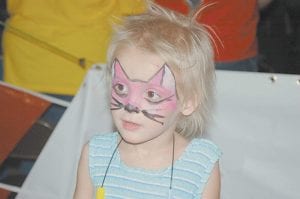 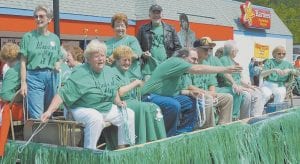 Members of the Jenkins High School Class of 1957 threw beads from the float on which they were riding during the parade through downtown Saturday morning.