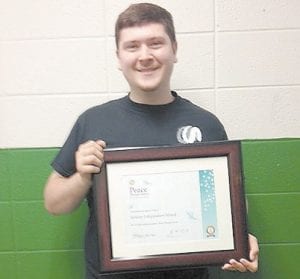 The club collected giftfilled shoeboxes to be delivered to needy children worldwide through Operation Christmas Child, a project of Samaritan’s Purse headed by Franklin Graham. The group read letters from children to Santa Claus on WTCW/WXKQ radio station. They also read books to students at Burdine and McRoberts elementary schools as part of Read Across America. The club purchased a gardener’s basket, which contained items to start a small farm, for a family in Ecuador.

The club is sponsored by Margaret Hamonds and Barbara Ison of the Rotary Club of Whitesburg.