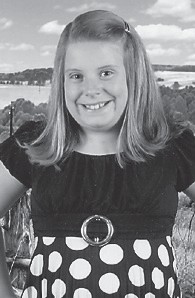 Lauren Adams has been in Hazard Hospital with a bad sinus infection. She was in for about a week and is now home and doing better. She is the daughter of Leslie Gibson of Hazard and Dustin Adams of Jeremiah.

Happy anniversary to Benji and Robin Jent of Elk Creek. It was their 15th on Feb.17.

Carol Breeding of Redfox is out of the UK Hospital, but is staying with her sister, Pam Combs in Mt. Sterling. She is still very weak and not doing too well.

John Pascal Dixon of Carcassonne has been in the hospital with stomach problems, but is now home and doing better. His brother Wesley just got out himself. He had pneumonia. They are the children of John and Jenny Dixon.

I talked to Lorene Holcomb of Carcassonne, and she has been having a lot of health problems and was not feeling too well. She was out doing some shopping with her daughter, Brenda. I hope she feels better soon.

Happy anniversary to Keith and Laura Smith of Carcassonne. It was their 9th on Feb.15.

My sympathy to the family of Ruben Watts of Blackey, who died Feb. 17.

Virgil Combs of Carcassonne is back in Whitesburg Hospital. He has COPD and congestive heart failure. His wife Freda asks that everyone please pray for him.

Darlene Hatton died Feb. 19 at Whitesburg Hospital. My sympathy to the family. She was the mother of Jessica Bowling of Knott County, and the grandmother of Tiffany Hatton of Blackey, and Zackary and Cassie Back.

Keith Adams of Blackey had to be taken to Lexington. He was having breathing problems and they found more blockages that were fixed, but it didn’t work and they put more stents in the next day. They found another one but are waiting to do the surgery in a few weeks. He came home the next day. Blackey

Virgil Combs of Carcassonne came home from the hospital and is doing well.

Happy birthday to Vicki Campbell of Letcher. It is on Feb. 23. Randall Rowe of Blackey had one on Feb. 27, and Tori Reid of London turned 3 on Feb. 22. She is the daughter of Lindsay and Jarrod Reid and the granddaughter of Jeff and Kay Hampton, also of London.

Kathy Blair of Jeremiah was having chest pains and had to be taken to Lexington. They found four blockages she had two stents put in. She has to go back in a couple of weeks for another one. Her daughter Allison Collins said she is doing well now.