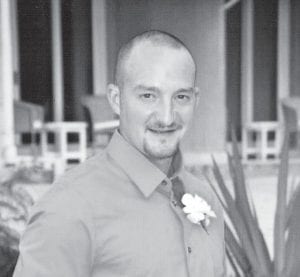 Letcher County native Jeremy Cook died in Cincinnati earlier this month after a long illness. He was 39.

Funeral services were held earlier this month for Jeremy Reid Cook, 39, of Stanford, who died January 1 in Cincinnati after a long illness.

Born in Whitesburg to Jerry and Diane Cook of Thornton, he worked as a physical therapy assistant at Signature Healthcare in Brodhead and Danville for 16 years. Jeremy was an avid golfer who loved spending time with his wife and sons.

Funeral services were held January 6 at Grace Fellowship Church in Stanford. A private family interment will be held at a later date.