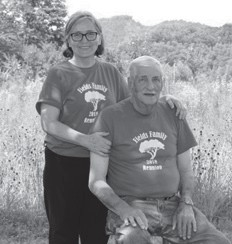 Jerry and Nell Meade Fields, of Kingscreek, will celebrate their 50th wedding anniversary on Saturday, October 30.

Mrs. Fields was retired in June 2020 from the University of Kentucky Faith Moves Mountains in Whitesburg. She is the president of the Cowan Community Center Board.

Mr. Fields had worked for and was retired from the City of Whitesburg in 2007.

The couple were married on October 30, 1971 in Clintwood, Va., and have six children, Jerry Fields II of Richmond, Patty Robinson of Seymour, Ind., Mia Thomas of Mt. Washington, and Holly Boggs, Isaac Fields and Benjamin Fields, all of Whitesburg.

They have 18 grandchildren and one great-grandchild. 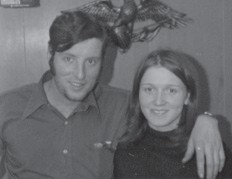 Jerry and Nell Fields were married in Clintwood, Va., in 1971.