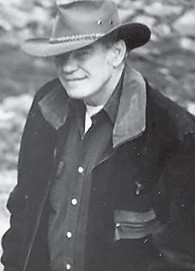 Funeral services for Jerry Banks, 75, of Eolia were held March 6 at Letcher Funeral Home in Whitesburg. Burial was in the Homestead Cemetery in Eolia.

A son of the late Boyd Jr. and Virgie Caudill Banks, he died March 3 at Tri City Nursing Home in Cumberland.