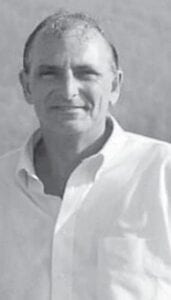 Jerry Ray Polly, 50, died August 23 at his home in Whitesburg.

He was a son of Elaine Ballou Polly of Whitesburg, and the late Douglas Polly Jr.

Surviving in addition to his mother are two daughters, Samantha Polly of Georgia and Keyana Polly of Tennessee; a brother, Jeffery Polly of Kona; two sisters, Sondra Holbrook and husband Frank of Kona, and Connie Holbrook and husband Jeff of Payne Gap; three grandchildren, Leah Owen, Georgia Owen, and Ellie Polly; and an uncle, Eugene Ballou.

Visitation was held August 25 at Letcher Funeral Home in Whitesburg.