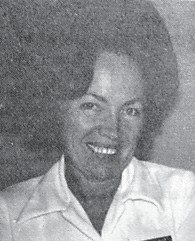 Born in Blackey to the late George and Cora Stamper Caudill, she was the widow of Jack Strunk.

Mrs. Strunk was descended from one of the earliest pioneer families to settle in eastern Kentucky. A fifth-generation Kentuckian, she could trace her roots beyond the American Revolution to colonial Virginia in the 1600’s.

She was a nurse at the Fleming-Neon Hospital and was retired in 1980 while living in Texas.

A memorial service celebrating her life will be held at 11 a.m., May 21, at the First Church of God in Neon with Pastor Mark Waggoner officiating. Burial will be at the Riley Bentley Cemetery in Deane.