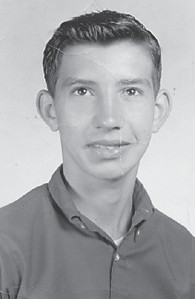 A son of the late John Wesley and Parthene Collins of Little Colley, he was preceded in death by a brother, William Burnis Collins.

Mr. Collins was self-employed and owned Ace Tire in Tatum.

Memorial services were led June 21 by his nephew, Randy Tyree, at Lighthouse Church in Longview, Texas.