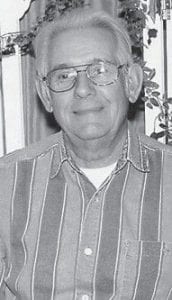 Born at Linefork, he was a son of the late Allard and Anna Watts. He was a brother of the late Hagan Watts, and a son-in-law of the late Zola Watts.

Watts drove a school bus and worked for Richard Watts’ Exxon where he learned to be a mechanic. He later was owner and operator of Jay’s Auto Repair for 30 years. He was a member of Double Springs Baptist Church in Kingsport, Tenn.