Johnny Cash defiant till the end on ‘American VI’ 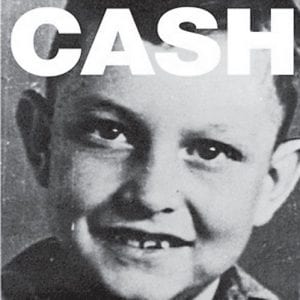 “American VI: Ain’t No Grave” was released this week by American Rcordings/Lost Highway.

Johnny Cash had many musical personas, but his wicked sense of humor was never far below the surface.

So when Cash signs off of “American VI: Ain’t No Grave” with “Aloha Oe,” we can feel his wry smile and his continued defi- ance of death in his final years.

These songs, the last from the American Recordings series he started in 1994, were recorded in 2002-03 in the last year of Cash’s life. “Ain’t No Grave” is one of those albums you can’t separate from the events that shaped it.

Cash’s wife, June Carter Cash, died during the recordings and the singer’s health was declining quickly.

It’s impossible not to imagine the spectre of death over Cash’s shoulder as he chose these songs with producer Rick Rubin.

And it’s impossible not to imagine Cash shaking his fist at the reaper.

That’s the message in the title track as Cash sings: “There ain’t no grave can hold my body down.”

As with most Cash material, though, there is nuance here. Mixed in with the defiance is some acceptance (Kris Kristoff erson’s “For the Good Times”) and even curiosity (Tom Paxton’s “Where I’m Bound”).

If this is indeed Cash’s last original material, as Rubin says, it’s a fitting end, though one come to soon.

CHECK THIS TRACK OUT:
There’s lots of good stuff here, but “Ain’t No Grave” is the show stopper. Cash’s voice is weak but resolute and Rubin lays on acoustic guitar, bass and banjo. There’s also the sound of footsteps and chains, foretelling the appearance of death.