Johnny Cash treated my printers to a beer 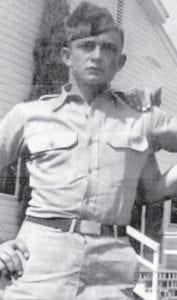 Johnny Cash showed up at the print shop at the end of our day shift and wanted to take all of us to the NCO Club for a beer. He was very upset when I told him that I would have to show the second shift what needed to be done.

He knew I did not drink. I liked Johnny, but sometimes he could be a pest.

My guys left with him after I told my printers that they should not have more than a couple of beers. You had to be 19 to drink and some of them were not.

My second shift had arrived. They would have liked to go with Johnny, who told them he would treat them at another time.

As it was a Saturday, we didn’t have another shift that night. I showed my sergeant in charge the jobs that had to be printed. I had a great bunch of printers, and I had trained them well.

They knew to unplug the equipment before they left and to put everything away. I loved these guys.

When I left the print shop I went by the NCO Club. My printers and Johnny were having a ball. I thought my people had had enough, and I told them that they should leave.

I had no back talk. They all left with me. A couple of them lived in town, so I drove them home.

Monday morning that’s all they talked about — Johnny Cash.