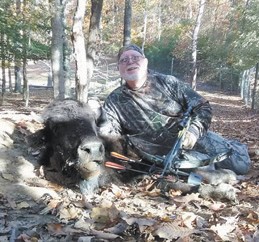 The Sprint Cup Chase took on somewhat of a new identity on Sunday at Martinsville when Jimmie Johnson took the checkered flag for the 79th time in his career.

The Hendrick Motorsports driver entered the Chase with very little momentum and was not considered to be a serious threat, but he now becomes the first driver to punch his ticket to the final race at Homestead as one of four drivers that will take the green flag with the opportunity to win the title.

The win now gives Johnson the chance to win his seventh Sprint Cup championship that would tie Richard Petty and Dale Earnhardt and further solidify him as one of the all-time greats to ever compete in the series. His quest for his seventh title will now add more excitement and intensity to a race that does not need it as the history of the Chase shows that if a driver wants to win the season’s title, he has had to win at Homestead to hoist the trophy.

The win allows Johnson and his team to go to the next two races at Texas and Phoenix without the pressure of trying to race their way into the final. Instead, they can now turn their full attention to preparing their car for Homestead. This is an area that crew chief Chad Knaus who has been with Johnson his entire Cup career excels as he has shown in the past that he will bring a car with enough speed to run up front and more importantly the car will have the adjustability in it that will allow the team to work on it and make it better each pit stop.

Joe Gibbs Racing’s Denny Hamlin, Matt Kenseth and Kyle Busch finished three, four, five at Martinsville and all three led laps, which have Hamlin and Kenseth going to Texas with a six-point cushion over the cut-off line and Bush with a four-point cushion. Their teammate Carl Edwards left Martinsville in eighth, 32 points below the cut-off line as he had a tire go down on lap 357 of the 500-lap race. That resulted in his Toyota sustaining enough damage that it had to be taken to the garage area for repairs. Edwards will go to Texas knowing he has to win to advance, but it is one of his better tracks as he has visited victory lane there on three occasions.

Stewart-Haas Racing has two teams in the Round of Eight, but both Kurt Busch and Kevin Harvick left Martinsville knowing that the only way left for them to advance to the final race will probably come by winning one of the next two races. Busch never had the speed or handling to run up front, which caused him to finish three laps down in 22nd.

His teammate Harvick was running up near the front in fourth when he was hit with a pit road speeding penalty on lap 131. That sent him to the rear of the field on the tight paperclip shaped oval where he never really did recover on his way to finishing two laps down in 20th. Harvick is 16 points below the cut-off line with Busch trailing by 18 points.

Going into Texas, Jimmy Johnson not only has the momentum from his Martinsville win but also has the most wins with six at Texas of any of the Chase drivers. His 8.3 average finish leads all Chase drivers followed by Kenseth’s 9.5 and Kyle Busch’s 11.9. Those three drivers also have the highest driver rating with Johnson on top with 107.8 followed by Kenseth’s 104.9 and Busch’s 102.9.