His friend Rick Minter must go 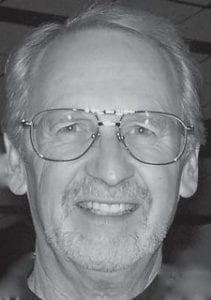 While everyone huddled around Western Kentucky Coach Willie Taggart were swept up in jubilation and willing to settle for an extrapoint kick to force another overtime at Kentucky, the coach slowed it all down. Mayhem was theirs; quietude amid the madness was his. This coach saw a Carpe Diem moment.

A sparkle danced in Taggart’s eyes. ESPN was here. An SEC opponent was here (on the ropes), WKU’s faithful were here (at the threshold of a nervous breakdown). And, somewhere out there, I suggest, former Boston College quarterback Doug Flutie — he of the famous “Hail Flutie” pass to beat Miami in 1984 — was here in spirit and whispered into Taggart’s ear, “this is IT, man!”

So, Western’s coach dialed up a play straight out a game at a family reunion picnic. Hail Mary with a twist, running back Antonio Andrews to quarterback Kawaun Jakes. Final score 32-31.

The Hilltoppers had a football win over Kentucky to bookend with the Hilltoppers’ basketball stunner in 1971.

Kentucky? A fog rolled in — a mean one. It’s the same fog that has enveloped every UK football coach since the nice man (Blanton Collier) was run off half a century ago. Given new credence is the notion that if the ball isn’t round, coaching at Kentucky is a dead-end.

Coach Joker Phillips, three games into a season, had to endure this question from reporters: “Do you worry about keeping this team together?”

The Wildcat faithful have rolled out of Commonwealth Stadium in alarming numbers and Phillips is the fall guy. But in truth he’s been …

• Let down by a boss who jacked up ticket prices in a rebuilding year.

• Let down by a defensive coach with no answers or adjustments to Hilltopper thrusts into the Wildcats right side.

For 13,962 empty seats at Commonwealth Stadium last week, Phillips gets the blame. Truth is, his basketball hypnotized boss Mitch Barnhart owes UK fans a declaration of responsibility, public explanation and apology to his coach.

After a heartbreaker loss at home, Phillips is the man to face the music, but his fault is having hired an old pal to coach the defense. Rick Minter should resign now and staff be shuffled.

FIRST. That some in the media herd and thus, fans, embrace the idea that SEC-Kentucky losing to a Sun Belt WKU is a sign of the apocalypse is nonsense. This point of view is as out of date as the Single Wing.

This Sun Belt is no longer homecoming fodder for the big boys. No. 1 Alabama had to beat Western, then Taggart rallied his team to up-and-ready. Meanwhile, Louisiana-Monroe stung Arkansas and then gave Auburn a battle while Troy fought Mississippi State to a four-point decision.

SECOND. The Kentucky- Louisville football series should take a rest.

A new Governor’s Cup match has earned its way onto the billboard.