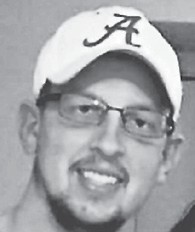 Jonathan Wayne Cole, 32, of Lexington, died of injuries received in an accident on Tuesday, December 19.

He was a son of Rickey Wayne Cole of Wise, Va., and a grandson of the late Edith Marie Collier. He was also preceded in death by an uncle, Donnie Ray Phillips.

Funeral services for Mr. Cole will be were held December 23 at Mullins Funeral

Mullins Funeral Home and staff are serving the Cole family. Online condolences may be made at www.mullinsfuneralhome.net