Joy of driving grandchildren to school 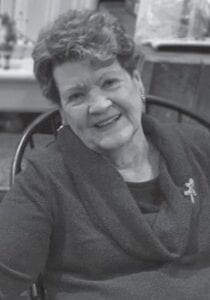 Freedis Mullins Bailey celebrated her birthday on March 7. She is my husband, Jimmy Yonts’s, aunt on his mother’s side.

A year ago at this time we had no earthly idea how our schedules, routines, and lives were about to change. We heard rumors of the virus and caught little bits of pieces of what was going on with it in Asia and Europe, but most of our family really didn’t think it was going to get any more serious than it was. We were all just kind of making fun of people for wearing masks and gloves.

Then, when they closed down school for two weeks, we thought, “There must be more to this than they are telling us.” Little did we know those two weeks would turn in to a month, then another month, then another, and now 12 months later we still aren’t back to where we were when this all started.

With that being said, today for the first time in a year, I got to drive my three grandchildren to school again. It felt wonderful! They were all three very excited. Now when Letcher County Senior Citizens is finally back in operation, I will be a happy camper.

Memories of my daddy, Marshel Tacket, pop up all through my day normally. The month of March, however, sends them flooding in. Some are good, some are sad, and some are downright hilarious. This is the month he passed away 17 years ago. He was a person that wanted to be doing something all the time. Even after he had open heart surgery and shoulder surgery, he kept working at Southeast Coal Company. The shoulder surgery affected him more than the heart surgery. Southeast let him go to watching the beltline after that and he would take things with him to work that he could work on when there was a lull in his work time. He would carve things out of wood just to stay busy. After he retired he stayed busy building beds, chairs, baskets, or anything he could think of. He could repair just about anything, too. He said once that he knew how to put something together because he was the one that took it apart. 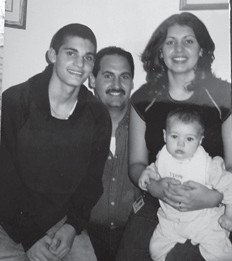 Albert Tacket with his son A.J. Tackett and his daughter Ashley Tackett Ellis, who is holding her daughter Kassidy Lynn Trotter. Kassidy turned 19 on March 9.

That brings me to this story that my brother, Albert Tacket, told me last night. He said one time one of our neighbors here on Colson, Big Jim Niece, was telling Daddy his toaster was torn up. It would toast the bread, but not pop it up once it was done. So, Daddy took it apart and found there was a spring that made the bread pop up when done. Daddy found out the spring was too relaxed and so he shortened it and put it back in. Big Jim told Daddy after that, “Marshel, that toaster you fixed is working just fine. It even throws the bread plumb out on the table.” 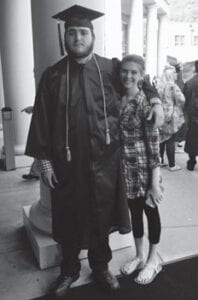 Jordan Fields and his sister Kimmie Fields. Taken in 2016.

All us kids loved Big Jim and his wife Melissa Sergent Niece. They loved talking to us, too and not just Mommy and Daddy. They always made us feel like we were part of the conversation. Big Jim always reminded me of Elder J.D. Maggard.

Birthdays I need to mention are Freedis Mullins Bailey on the 7th, Crystal Watson and Delana Kaye Begley Kiser on the 8th, my brother’s oldest grandchild Kassidy Lynn Trotter on the 9th, Lesley Haynes Richardson and Annette Sergent on the 10th, Darlene Sexton Pettibone, Mary Elizabeth Profitt Back, Glenda Day Cook, Caroline Bates, and Tanya Baker Stines on the 11th. 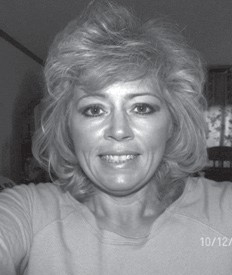 Tanya Baker Stines will have a birthday on the 11th.

Amanda Griffie is still requesting prayer for her grandmother Mae Slone. She has a really bad UTI and is in a lot of pain. Also, there was a terrible accident in our community March 2. It involved two young men and one of them was one of my favorite former students, Jordan Fields. He was one of the nicest, most considerable students. Jordan’s smile was contagious and he did everything to be everybody’s friend. He passed away at the accident. His parents, Steve and Misty Fields, were so proud of him and his sister, Kimmie Fields. The other young man was Aaron Miles and Sunday we were told he and his mother, Cookie Miles, are both doing better. Cookie had to be admitted to the hospital after the accident. Please remember these prayer requests when you pray.