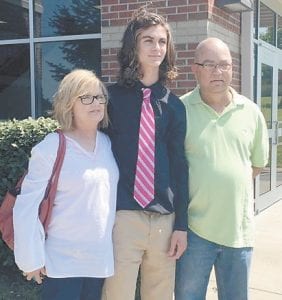 Jerry and Kathy Lucas are pictured with one of their grandsons.

We were so tickled with all the warmer weather we had last week. Just wish it was time for it to stay this pretty. But, we know winter isn’t over yet so we will just have to take what we get.

Every time someone comments on what the weather is like, it just reminds me of what Daddy used to say all the time. We would come running into the house when it started raining, because most of the time we were playing outside, and announce that it had started raining. Daddy would say, “Okay then, just leave it alone and come on in the house.”

Leonard Begley and I were talking the other day at the rec center about Daddy and he commented on how funny Daddy was. Well, needless to say when Daddy got together with the Begleys it was hilarious, because they were all the time joking and carrying on, too.

Daddy worked at Southeast Coal Company with lots of the Begley brothers. Cecil and his wife Carol moved into Cane Hollow when their oldest child, Cecilia, whom everyone called Sissy Bug, was just a baby. We took up with her right off the bat. I guess we considered her our little baby doll. We loved to go up and visit with them, and I guess we wore out welcome out quite a bit. One of the things I remember Cecil doing all the time was when Carol would come back from checking their mailbox (which by the way was at the mouth of the “holler” along with everybody else’s mailbox that lived in Cane Hollow), he would ask Carol if she had checked the mail. She would say she had and he would always ask her, “Did you check real good now? Did you look all the way back in there?” That was back before you had to worry about people stealing your mail out of your mailbox. 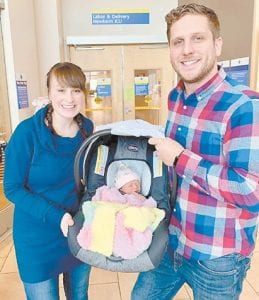 Cecil passed away from complications from a brain tumor. The tumor wasn’t cancerous, but it was inoperable and so he got to the point to where he was bedridden. His daughter Cecilia mentioned him on Facebook this past week because he would have celebrated his birthday on Feb. 5. 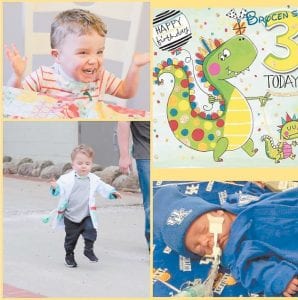 Another birthday that was celebrated in the Begley family this past week was Brycen Begley, This three year old is definitely an answer to many prayers. He is the great-grandson of Bobby and Helen Sue Hall of Thornton and Charlotte Cook of Millstone. He is the grandson of Zach and Tina Hall Mullins and Thurman and Barbara Begley.

His parents are Cory and Shakeithra Begley. He was born prematurely with many respiratory complications, but overcame them.

One of our former members of Letcher Independent Baptist Church posted that she now has another granddaughter. Caron Crawford McCracken and her husband Scott were members here for many years. Her dad was Roy Crawford. The new granddaughter was born Feb. 6 to John and Monica Mulder McCracken from Utah. They named her Callie Grace McCracken.

Now for some prayer requests. Jerry Lucas is requesting prayers for his wife Kathy. She had a heart attack last week and had to have a stent placed. They also have to place another one in a month. One of our rec center friends, Tammy Brown, will be having a knee replacement on Feb. 19 and wanted everyone to pray for her. Also, on that same day one of our church members will be having a surgical procedure, Steve Adams. I have a very special unspoken for my good friend Linda Buttrey and please remember our Pastor’s family in the next few months. The trial is now tentatively set for April. This has to be so heartbreaking for them.

Oma would beg you all to be in church this coming Sunday, and I beg you to attend throughout the week and on Sunday evening if your church has services then.