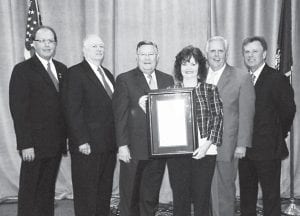 Rhonda Hatton Hudson has recently been in the hospital. She has cancer and has been having problems with that. I wish her best.

She was able to attend the wedding of her nephew. Justin Cornett and Jacqueline McCall Cornett were married at the Blackey Missionary Baptist Church. Justin is the son of Carlos and Connie Cornett of Blackey and Jacqueline is the daughter of Jackie and Teresa McCall. Congratulations to them both.

On Friday evening myself, my sister Terry Dixon and our mom Jean took our dad Pnut to the VA emergency room in Lexington. He was having bad dizzy spells and his blood pressure was dropping. They worked him over and gave him some medicine and thankfully it was nothing major so we had a good trip but didn’t get home till about 1:30 Saturday morning.

Wesley Dixon of Carcassonne has been in the hospital with pneumonia. He is the son of John and Jenny Dixon. Wesley grandfather, Jenny’s dad Emory Caudill has recently also been in. He had three stents put in but is doing better now. I hope Wesley gets better soon.

Happy birthday to Linda Wagner of Red Star. It was on May 17. Joan Watts of Hallie has one on the 14th, Vanessa smith of Blackey has one on the 15th, and Linda Caudill of Doty Creek had one May 12th.

Happy anniversary to Sam and Legina Adams of Isom. It was their 21st on May 11.

My sympathy to the family of Carlos Cornett of Linefork. He died on May 9. He was 51.

Happy birthday to my sister Debbie Fugate of Carcassonne. It is on May 19. And happy anniversary to her and her husband Duke. It was their 34th on May 13.

Imogene Caudill of Caudills Branch has been in the hospital with pneumonia but is now doing some better. We ran into her daughter Jenny Halcomb of Letcher down at a gas station in Campton on Friday and she was just coming back from a trip to Chicago.

Congratulations to Jeanette Johnson of Delaware. She graduated with a bachelor’s degree in organizational science of psychology. She is the dauther of Edith Johnson Fields of Jeremiah. Jeanette came in for Autumn Johnson’s birthday. She who will turn one on May 19th. Autumn is the daughter of Jamie and Stephanie Johnson. Autumn’s other grandpartents are Ola and Dallas Adams.

Happy anniversary to McKenzie and Rebecca Miller of Blackey. It was their fifth on May 12

Congratulations to Erin Gibson and Dylan Hill of Somerset on the birth of their daughter. Harper Leah Hill was born on May 2. She weighed 6 pounds, 1 ½ ounces and was 20 1/2 inches long. The grandparents are Cyndi and Sean Heldt and Alex and Karen Hill, all of Somerset, and the greatgrandparents are Danny and Von Hall of Blackey.

If anyone wants to make a donation for the upkeep of the Dixon cemetery on Elk Creek, please send it to Arte Shepherd at 11298 Hwy 7 South, Blackey KY 41804.