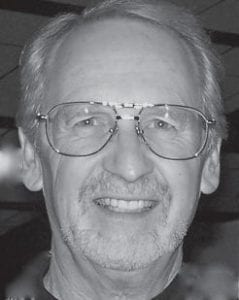 Three wins in a row and each progressively better – Florida, Georgia and South Carolina. The last, from any angle, was a pinnacle performance, a virtual complete game.

• Offense. Four starters scored in double figures and Derek Willis had nine. National college player of the week Tyler Ulis had a college-best dozen assists of 17 total for the team. The Wildcats shot 48.4 from the field.

Next? Kentucky’s schedule takes a strategic turn. Payback chance with Tennessee at home on Thursday, then an RPI improvement opportunity at Texas A&M (ESPN Game Day) to improve its projected seed (4) in the NCAAs.

Dakich learned how to rile them up of course, from the master (Knight) and earned his place this month with Big Blue Nation by leaving Tyler Ulis off his best five point guards in college list.

For a man being paid to fill the best seat in the arena, watch games for free, talk (often to excess), and draw attention to himself and the ire of fans, it’s brilliant theater (ratings too).

By Saturday evening, with Ulis’s double-double on record, Dakich tweeted: “Kentucky fans you officially have my approval as Ulis moves into my Top 5 Point Guards. Ur welcome, as I clearly inspired.”

When we stop laughing (with Dakich), the question is: “Dakich top five anything, matters because …?”

Epilogue: All things considered, beginning and ending with decision-making, Ulis is the finest point guard at Kentucky since Kyle Macy (1978-80) and may be player of the year in college basketball this season, period.

Kentucky’s coach arrived in Columbia expecting a muscle-up encounter from Frank Martin’s team and did what college coaches do during televised games today. With raging animation, try to impose his will on how officials called the game.

Calipari, in the words of one commentator, “lost his mind at South Carolina!” and committed the No-No of No-No’s by leaving the coach’s box to harangue at referee Doug Sirmon at the scorer’s table.

Ejection. He earned it. As part of his game preparation, Calipari might have had a staffer do a Google search on Sirmon’s bio. The part that says, “… if you see Doug Sirmon walk on the floor to call your game, keep your trap shut.”

Curious were the newspaper headlines around the Com- wealth and beyond after Kentucky’s performance at South Carolina.

• John Calipari Loses His Mind, Has To Be Restrained After Being Ejected.

What’s wrong with these headlines?

The Wildcats’ brilliant play and/or Tyler Ulis personal highs 27 points, 12 assists and one turnover in 38 minutes, was less important than their coach’s tirade.

Magnifies, seems to me, how splendid the Kentucky Wildcats played while their coach was absent. Gone to the locker room stuffing his shirttail back where it belonged.

Blessed more than deprived are Damian Lee and Trey Lewis.

Rick Pitino’s “Louisville should be penalized, not these kids,” remark last week sounded noble, but calls for a little perspective.

Lee and Lewis, denied opportunity to play in the NCAAs isn’t fair, but Pitino and media extended sympathy is over the top.

From obscurity, these two got a Carpe Diem moment ball players across Kentucky can only dream about – the chance for advanced studies and to play winning basketball at big-time Louisville.

Pitino has acknowledged precious little or nothing, nor have any officials at UofL, but the real loss from no post-season play landed on Cardinal faithful.

Meanwhile, Lee and Lewis have had an opportunity neither would’ve had otherwise, to mature, hone skills, be seen on television and compete in the Atlantic Coast Conference. Their exposure may lead to invitations to NBA tryouts in the spring or chances to play overseas.

UofL fans who won’t see their team in the NCAAs this year, have by way of lavish praise, applause and joy from Cardinal Nation, enriched the lives of Lee and Lewis and made 2015-16 unforgettable. Not bad for a couple kids who began at Drexel and Cleveland State.

“I must have missed your article where you explained your vitriol and hatred for UK. I am curious as to why? You slam them for oneand done and yet Duke started three freshman and two possibly all three will be gone but no mention of that. …”

In lieu of the NBA all-star weekend, a couple dunk queries. v How many ways are left to jam a basketball into a hole and have it still count only two points? v How long before a profit-minded hustler petitions the NCAA: “Hey, shouldn’t a dunk shot count three points?”