Kids are missing being in school with other children 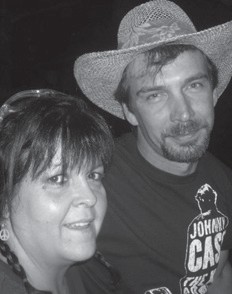 David and Kae Ison Fischer. Kae’s birthday is on the 2nd.

I don’t know about you all, but those few beautiful days we had last week sure got me to wanting spring to hurry on up and break. We’ve got our brother Albert living back here now with Mommy and he has a side-by-side. He is a nature nut, so we are counting the days till the adventure times start.

Well, I never thought I would hear my grandkids say they wanted to go back to school. The oldest one, Seth, is a senior this year. I’ve asked him all along this school year if he was keeping up with his classes online. He tells me he is, but this last time I asked him he said, “I’ve not really learned anything this year.” I asked him what he meant and he said, “I’ve done what I’m supposed to do, but it’s nothing like being in real school.”

I know as seniors they have missed the best year of their whole schooling. Not just classes, but also socializing with their classmates. They will never know what they have missed. The youngest one, Story, is in the third and you all that aren’t in the education department may not know how important the third grade is, but let me tell you, it is major. 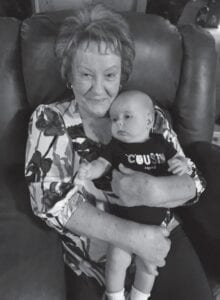 I know the teachers have done the best they could do, but they also need to see their students and make that connection to be able to let them know how much they care for them. I can’t imagine what the teachers and parents have had to go through this past year. I think if it was me, I would just erase the whole year and have them all do it over in the classroom setting when it is safe.

I know when March 8 rolls around my grandchildren and their parents are going to be celebrating. I’m glad the teachers were able to get their COVID vaccinations to protect themselves and their students. They are supposed to get their second doses this week.

My husband and I attended two funerals this past week. One was our son- in- law’s maternal grandfather, William “Bill” Hampton from Flat Gap. He was 82 years old. When we had birthdays or other reasons to get together, I would love to sit and listen to him and his brother Clifford Hampton talk about things they were doing around the house. Once they talked about going to gather black walnuts. They would later crack them and sell them in quart jars. Bill also made cornhole boards, birdhouses, or anything to just keep him busy. I know his family is going to miss him dearly and so they desire your prayers.

June Quillen celebrated her birthday on the 1st.

The second one was for Stevie Meade from Millstone. Stevie was married to Rick Mason’s sister, Debbie Mason Meade. Stevie was a jack of all trades. So, like my husband, when anybody needed anything fixed or advice on something that was needing fixed, they called him. This type of person is slowly becoming obsolete. My husband has gotten many calls for help and has left what he was doing at our house and went to help whoever it was that needed him. Stevie’s kids and grandkids will need our prayers in the coming days, also.

I saw some pictures on the computer of all the flooded areas in southeastern Kentucky this past weekend. Seems like the last few years it has been like this in February and March. It has also kept the schools closed again this past Monday and Tuesday. June Buchanan School and Alice Lloyd College took a really bad hit, too. 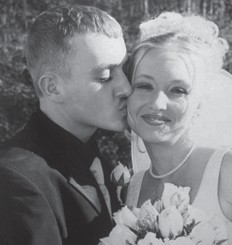 Jeremy and Maranda Addington Webb celebrated their anniversary on March 1.

I’m so happy to let everyone know our weatherman Brandon Robinson’s EEG was completely normal and so the medicine level was the issue after all. He is working with others to launch the fourth annual Grey Matters 5K/10K/ virtual race this year on May 15. Information for all this is on his Facebook page. 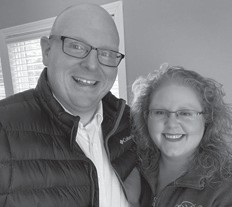 Brandon Robinson and his wife Stephanie.

I ask you once again to remember our pastor, Bill Jones, and his wife Sandy in your daily prayers. Also remember Mom’s preacher, Bill Craft, and all his family.

Church has never been as important in our lives as it is right now. So, if you are able to attend, please try to be in service this Sunday.