Kids with lead poisoning up 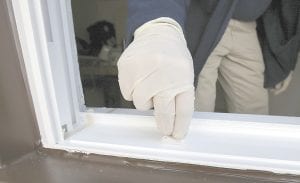 More than half a million U.S. children are now believed to have lead poisoning, roughly twice the previous high estimate, health officials say.

The increase is the result of the government last year lowering the threshold for lead poisoning, so now more children are considered at risk.

Too much lead can harm developing brains and can mean a lower IQ. Lead poisoning used to be a much larger concern in the United States, but has declined significantly as lead was removed from paint and gasoline and other sources.

The new number translates to about 1 in 38 young children. That estimate suggests a need for more testing and preventive measures, some experts said, but budget cuts last year eliminated federal grant funding for such programs.

“We’ve been acting like the problem was solved and this was a thing of the past,” he added.

Lead can harm a child’s brain, kidneys and other organs. High levels in the blood can cause coma, convulsions and death. Lower levels can reduce intelligence, impair hearing and behavior and cause other problems.

Most cases of lead poisoning are handled by tracking and removing the lead source, and monitoring the children to make sure lead levels stay down. A special treatment to remove lead and other heavy metals is used only for extremely high levels.

Often, children who get lead poisoning live in old homes that are dilapidated or under renovation. They pick up paint chips or dust and put it in their mouth. Other sources include soil contaminated by old leaded gasoline, dust from industrial worksites and tainted drinking water

Lead has been banned in household paint since 1978 and was gone from gasoline by the late 1980s.

After lowering the standard, the Centers for Disease Control and Prevention went back and looked at old blood tests from 1,653 children under 6 to determine how many would have lead poisoning under the new definition.

About 3 percent of them — or about 50 kids — had blood lead levels higher than the new threshold of 5 micrograms of lead per deciliter of blood. Using that result, CDC officials calculated that an estimated 535,000 young children have lead poisoning.

A year ago, when the threshold was 10 micrograms, experts estimated that somewhere between 77,000 and 255,000 young kids had high levels of lead.

These estimates have focused on children younger than 6, who have been considered most at risk of neurological problems due to lead.

Overall, the new CDC study found lead counts were higher on average in children who were poor or African-American, said the CDC’s Mary Jean Brown, an author of the study.

Those kids are more likely to live in old housing or in neighborhoods with greater exposure to lead, she added.

The good news: Even with the lower threshold, lead poisoning appears to still be declining. Years ago, some local health departments began tracking the number of kids with blood levels at 5 or greater, and they say those numbers have been dropping steadily.

However, it’s likely that many children with lead poisoning have not been diagnosed. In the CDC study, elevated lead levels were discovered for a third of the children only when they were tested by researchers.

“When you look for it, you find it,” Columbia’s Rosner said.

Once lead poisoning is diagnosed, doctors often refer parents to local health departments to get their homes checked out to try to find the source of the problem. But as demand for investigations grows, there’s less money to pay for them. Congress last year cut CDC lead program’s budget from about $29 million to $2 million. That ended CDC grants to local health departments for their programs.

Detroit’s lead program was all but eliminated because of the federal cut and state and local funding problems, said Bob Scott of Michigan’s lead poisoning prevention program.

Other places are strug-