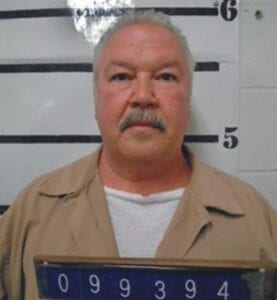 Donald Terry Bartley, convicted in the 1985 murder of Tammy Acker and the robbery and attempted murder of her father, Dr. Roscoe Acker, will not be getting another parole hearing.

Parole Board Chairperson Ladeldra Jones issued a letter July 1 rescinding an order by the previous chairperson that gave new parole hearings to more than 40 state inmates who were serving life sentences, some decades after previous boards had ordered them to serve out their sentences.

Jones rescinded the previous order 12 days after Gov. Andy Beshear appointed her to replace Chairperson Lelia “Lee” VanHoose, who had authored the order giving inmates another shot at convincing parole board members they no longer posed a danger to the public.

Jones, who was already serving on the board, was elevated to chair after Van-Hoose’s term expired, and Beshear did not reappoint her to the board. VanHoose was appointed director of the Division of Probation and Parole in 2005 during Gov. Ernie Fletcher’s term in office, and Gov. Steve Beshear appointed her to the parole board in 2013, three years after she left the position of director. Gov. Matt Bevin reappointed her in 2017. Her term had expired on March 1, however, she had not been reappointed and a replacement had not been named when she passed down the order on parole hearings.

“As a result of ongoing litigation, effective April 1, 2021 the Kentucky Parole Board issued a directive changing its policy regarding any inmate serving on either of these life sentences,” said Katherine Williams, Public Information Officer and Open Records Coordinator for the Kentucky Department of Corrections. “The Parole Board directive says going forward the board will not issue a ‘serve out’ on a life sentence for individuals who are going up for parole for the first time, but a ‘serve out’ can be issued at their second appearance before the board.”

The decision was also made retroactive, so it affects prisoners like Bartley who were told they would have to serve out on their first visit and never had a second hearing.

“In addition under the new directive, any inmate serving on these two types of life sentences who received a serve out at their initial parole hearing would have that serve out converted to a 10-year deferment period and will be seen by the parole board 10 years later. It is also important to note that parole eligibility only allows the offender the opportunity for a parole hearing and is not a guarantee of release,” Williams said. “Again, this directive is in direct response to litigation and to head off future litigation.”

Williams did not specify what the litigation to which she was referring.

Jones, the new chairperson, has been on the board since January 17, 2019, and was elevated to the chair on June 21. She began her career at the Woodford County Detention Center, and later became a Probation and Parole officer in Lexington. She has also worked at Fayette County Drug Court and Kentucky Department of Corrections as a substance abuse counselor. She received a Bachelor of Arts degree. in Criminal Justice from Kentucky State University and a Master of Business Administration degree from Midway University.

VanHoose was replaced on the board by Sherri Lathan, who retired from the Department of Corrections where she began as a correctional officer at Luther Luckett Correctional Complex, and served for 14 years as a Probation and Parole officer. She has a Bachelor of Science in Correctional Administration and a Master of Arts in Special Education. She served as a Recruitment and Certification worker for the Kentucky foster care system. In addition to her corrections experience, she holds a Highly Qualified Special Education Certification and worked as an Exceptional Child Educator in the Fayette County Public School System. More recently, Lathan served as the Reentry Mentor Coordinator for Lexington Rescue Mission. Lathan was appointed to the Parole Board on June 17.

Bartley, along with Roger Dale Epperson and Benny Lee Hodge, was convicted of murder in the brutal stabbing death of 23-year-old Tammy Acker in her Fleming Neon home in August 1985 and the beating and strangling of her elderly father, Dr. Roscoe J. Acker. The three stole an estimated $1.9 million from a safe in the Acker home.

Bartley confessed and testified against his cohorts. He was sentenced to life without parole for at least 25 years, and 999 years and 99 months in prison. He made his first visit to the Kentucky Parole Board in November 2009, and the board denied parole, telling him he would “serve out.”