Killer cantaloupe — what to do? 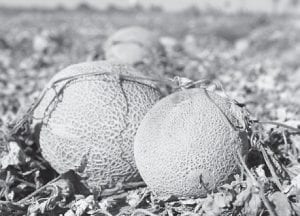 Avoid foreign produce. Wash and peel your fruit. Keep it refrigerated. None of these common tips would have guaranteed your safety from the deadliest food outbreak in a decade, the one involving cantaloupes from Colorado.

Whether it’s sprouts or spinach, turkey or hamburger; whether the govern- Cantaloupe lay rotting last week in a field at a Colorado farm where the listeria outbreak began. (AP) ment doubled, tripled or quadrupled inspections, the truth is that no food will ever be completely free of risk.

And a few foods have become so risky that certain people such as children, pregnant women and the elderly may do best to avoid them altogether until growers and the government figure out how to make them safer, some food experts say.

An unappetizing fact: Although the current cantaloupe outbreak has been tied to just one farm in Colorado, it’s at least the 19th outbreak involving that melon since 1984. It’s also the first one caused by listeria, a germ that actually likes to be in the refrigerator and thrives in this fruit, which cannot be cooked unless you want to eat melon mush.

So what should you do if you see cantaloupe on a salad bar or at the grocery store? Can you be sure all of the tainted stuff has been pulled from the market, since the last bad melons were shipped on Sept. 10? What if no one knows where the cantaloupe was grown?

“If the store can’t tell them or the restaurant can’t tell them, I would not buy it at all,” said Chris Waldrop, director of the Food Policy Institute at the Consumer Federation of America.

“Honestly, as a nurse, I would tell people don’t eat the cantaloupe until this thing resolves itself,” she said. “ This stuff happens because our system is not as tight as it needs to be.”

The federal Centers for Disease Control and Prevention, which has confirmed 13 deaths and 72 illnesses in the outbreak so far, has not told people to stop buying cantaloupe. However, the CDC and the Food and Drug Administration cannot even say where all of the tainted melon went, because it was sold and resold to many distributors across the nation.

“When in doubt, throw it out,” is the CDC’s advice to consumers who have any cantaloupe whose origins they can’t determine.

“Even if the cantaloupe is gone, you need to wash the drawer or shelf it may have been on” to make sure other foods don’t become contaminated, said Caroline Smith DeWaal, director of food safety at the Center for Science in the Public Interest.

Beyond that, each outbreak brings fresh lessons on how to make produce safer. And while some of these things aren’t guarantees, they can cut the odds you’ll lose at the food safety lottery.

— Shop more often and consume fresh fruits and vegetables within a few days. This gives germs less chance to multiply and gives you more nutrients from your food, too.

— Don’t just wash a melon. Scrub it under running water to rinse off any dislodged germs, and let it dry. If you cut it while it’s still wet, “you may be sliding the pathogens more easily from the outside to the inside” on the knife, DeWaal said.

— Keep the fridge cold, 40 degrees or lower. Higher than that can let germs grow.

— Don’t get a false sense of security if you buy organic produce. That just means less pesticide — not necessarily fewer germs.

— Consider dropping especially risky foods from your diet. Bean sprouts are not safe for children, pregnant women or people with weak immune systems and certain diseases, but that doesn’t mean they’re OK for everyone else, said Michael Doyle, a microbiologist who heads the University of Georgia’s Center for Food Safety.

You can go too far with this, though. Even Dr. Robert Tauxe, the CDC’s top food-germ sleuth, once confessed over lunch that he refused to live in fear of the fork, and that there were only a few foods he absolutely wouldn’t eat, such as raw oysters and unpasteurized milk.

Beyond that, safe handling and cooking can generally keep most foods safe, he said.

A gazillion pounds of produce are consumed each day, and only a tiny fraction cause problems, he said.

“I have a hard time saying, ‘Don’t eat produce,’ because of all of the health benefits,” he said. “Everything we do has some degree of risk attached to it.”