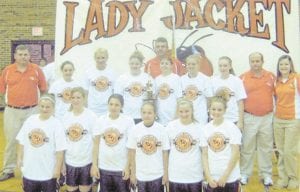 WMS defeated the Letcher Elementary Eagles 40-27 to take the title.

The Lady Jackets finished the season with a record of 28-6. Other victories included being named champions of the Perry County Central Pre-season Girls’ Middle School Tournament, Queen of the Mountains runnersup, and 14th Region runners-up.