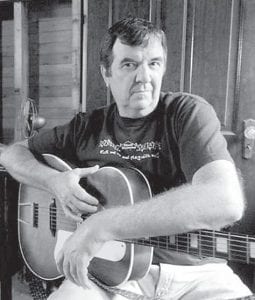 Cordle grew up on a farm in Lawrence County, and his name was recently added to the county’s section of the Country Music Highway, US 23. Known primarily as a bluegrass artist, he has written a number of hit songs for country artists and has even done a bluegrass cover of songs by Southern pop-rock group Lynyrd Skynyrd.

Among his earliest writing hits is “Highway 40 Blues”, which was recorded by fellow eastern Kentuckian Ricky Skaggs and registered Number One on country charts. Cordle wrote and recorded the awardwinning song, “Murder on Music Row”, which was covered by many other artists and has become an anthem for critics of modern country music.

His songs have sold more than 50 million records and have been recorded by such superstars as Alison Krauss, Rhonda Vincent, Garth Brooks, Trisha Yearwood, Reba McIntyre and Alan Jackson.

Cordle and his band have racked up Grammy nominations in the bluegrass category and have won a Song of the Year award from the International Bluegrass Music Association.

Opening the show will be singer-guitarist Boyd Davis of Letcher County.

WMMT-FM, 88.7, is a public community radio station and a part of the arts and education center Appalshop.