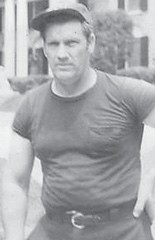 Born in Letcher County to the late Arthur and Ellen Hilton Lawson, he was a U.S. Army veteran and served in the Korean War.

Funeral services were held November 6 at Everidge Funeral Home in Whitesburg. Burial was in Green Acres Cemetery at Ermine.