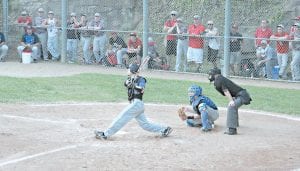 The Letcher County Central baseball team returned to the Whitaker Bank Ballpark in Lexington for the KHSAA state baseball tournament this week after winning the 14th Regional championship.

The Cougars did not give up a single run in the entire regional tournament on their way to the title. This is the second appearance in three years in the state tournament for Coach Bryan Dean and the LCC baseball team.

“The reason we are so successful is the support we get from the administration, community and parents,” said Dean. “We have a state-of-the-art facility and the resources we need to improve every day, rain or shine. I also think the continuity of our coaching staff and style allows us to be competitive on a yearly basis.”

The regular season schedule featured many of the top teams in the state and was designed to get the Cougars ready for the postseason. The Cougars finished on a three-game losing streak heading into postseason play, but easily won the district tournament, defeating Knott County Central 11-3 in the championship game. 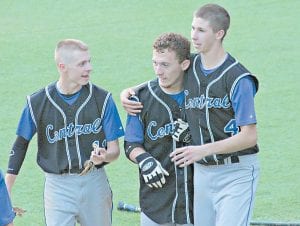 In the first round of the regional, LCC beat Perry County Central 2-0. Then came the game of the year in the semifinal matchup against Estill County. The contest was won in extra innings by the Cougars, 1-0, on a two-out Steven Fox RBI single. LCC junior Max Hall pitched an eightinning complete game and struck out 11 batters. Hall called the performance “probably the best game I’ve ever pitched.”

The Cougars then took care of Powell County 7-0 in the championship to win the region title. The pitching duo of Jordan Short and Max Hall combined to pitch 22 scoreless innings in the regional tournament. Short was named MVP of the tourney (also named MVP of the 2011 regional tournament), with Max Hall, Stephen Fox and Zane Blair also being named to the all-region team. Short called the championship “a storybook ending to my senior year.” Short said it was “the culmination of the hard work we put in as a team in the offseason.” 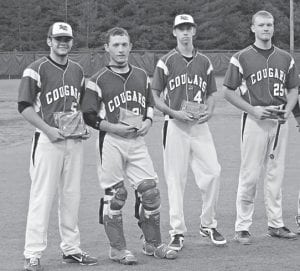 The Cougars play a team oriented style of ball.

“Our kids buy into our philosophy of working hard, giving their best effort by playing with intensity and a sense of urgency while remaining focused, and by surrendering individual success for the greater good of the team,” said Dean.

Max Hall has a 9-2 record and 1.83 earned run average and 66 strikeouts on the year and credits the coaching staff for the team’s success.

“Coach Dean is the best coach in the region,” said Hall. “Coach (Claude) Little does great with the outfielders, Coach (Jonathan) Adams works great with the infielders and Coach (Ethan) Mason helps the catchers.” 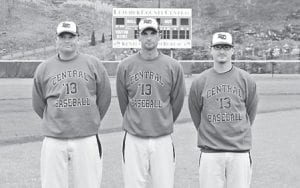 “They had a great regional tournament and represented Letcher Central well,” said LCC Athletic Director Ozz Jackson. “I am so proud of Coach Dean, the staff and all the players.”

The Cougars have two seniors on this year’s team in Jordan Short and Caleb Baker, so a repeat next year is certainly not out of the question.

Jordan Short also wanted to give a special thanks to all the players’ friends, family and the whole community for all the support given to the baseball team.

“We work hard, but we have a lot of fun while doing it,” said Dean. “It’s a family environment, and we genuinely respect and care for each other.”

The unity displayed by the LCC baseball team is truly special, and they deserve congratulations on their second 14th Region title in three years.