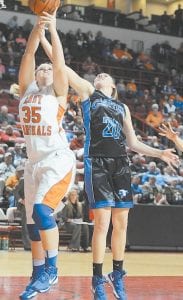 Marshall County’s Taylor Meadows scored 18 points to lead the Lady Marshals to a 56-52 win over Letcher County Central in the first round of the KHSAA Girls’ ‘Sweet 16 at Diddle Arena.

Marshall County recovered from a four-point third quarter by out-scoring the Lady Cougars 21-12 in the fourth quarter. Letcher County Central’s Kelah Eldridge had a chance to tie the game at 54 in the last minute, but her jump shot with 9 seconds left was no good.

Total attendance for the tourney was 39,686, the third-highest mark in the event’s history. (AP) 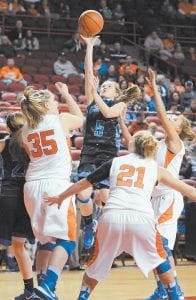 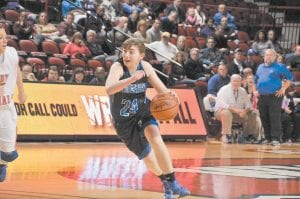